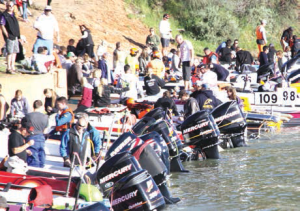 The Mercury Marinebrand was taken on by Lohberger Engineering back in 2010. A true American legend with a history dating back to its founding in 1939 on the great lakes of Wisconsin in North America, this year Mercury celebrates its 75th Birthday.

With a product range that spans Mercury & Mariner outboard motors,Mercruiser petrol inboards &Mercury diesel inboards as well as Mercruisersterndrives& Mercury own propeller factory – Mercury Marine is currently the largest manufacturer of marine engines in the world hence their slogan: “#1 on the Water”

A new division – Mercury Racing was setup up in 1973 as boat racing exploded in popularity in the USA. Over the years Mercury have produced racing versions of many of theirpopular engines and the lineup now includes inboards up to an eye-popping 1300HP! Many innovations’ from the racing heritage have flowed into Mercury’s commercial and leisure engines as the high reliability breed from competitive racing and new features including “fly by wire” electronic shift+throttle controls have given Mercury an advantage over its competitors.

We offer the complete Mercury engine range here in Papua New Guinea including outboard motors from 3.3HP up to a powerful 350HP in two stroke & four stroke models and diesel & petrol inboards.Be sure to look out for some 75th Anniversary specials on our engine range coming up later this year.